There has been a lot of recent shifting going around in district structures across the nation.  While our district office has moved to the west side of Indianapolis this year, and the district team moved their home addresses to be nearby, some changes didn’t require physical moves.  Nonetheless, it was a major change.  Such is the case for the Spanish Central District.

Charlie Woehr, who grew up in Chile, went to secondary school in Ecuador, and later served as an adult in both countries, served as the Assistant District Superintendent for the very large Spanish Central District – a district so large it spanned from Wisconsin to Texas.  The larger grouping of churches was either in Texas or the Chicago area, so the district was divided into two parts: north and south.  Hermano Charlie, as the pastors call him, served the churches in the north since he was now living in the Chicago area.  He was available to the pastors for any questions or needs that arose, and once a month would gather them for a time of fellowship, work, and prayer.

So who are our new family members in the Midwest District?  We welcome nine churches and eleven pastors in total:

These pastors are mostly from a Mexican background, though there is one from Guatemala, one from Colombia, one from Puerto Rico, and Charlie, who has a marvelous cultural blend from the United States and Chile.  The Fairfield church was the original church in the area, and several pastors came out of this church, as did some of the daughter churches, now functioning on their own.  What’s more is that some of those churches have daughter churches of their own!

The Spanish churches are usually very active in missions, compelled by the Great Commission and themselves experiencing the reality of Jesus crossing cultural borders every day.  They give generously to special offerings for specific projects and to the great commission fund. The ladies’ groups actively participate in the national projects, as well. Needless to say, the missionary tour events are a highlight during the year.

You are highly encouraged to visit one of the Spanish churches!  All of the churches meet for Spanish speaking services. If full immersion is too far out of your comfort zone, then visit the Fairfield church, where Charlie summarizes parts of the sermon in English for the sake of the young people or any visitors that are not Spanish-speaking. Their church youth meetings are in English, also, so bring the family!  Regardless, the Spanish churches would feel a warm welcome to the Midwest District by the simple act of your attendance.  Church contact information can be found at www.mwcma.org/churches.

If you are a nearby church to one of these Spanish churches, we encourage you to initiate a dialogue and begin a relationship with one of the Spanish pastors.  The encouragement will be mutual, rest assured, as you engage your community together for the sake of the gospel.  Some of the pastors in the Midwest District already have a relationship like this and can testify to the impact of serving in unity.

More information can be found by contacting Charlie Woehr at woehr.charlie@gmail.com or (630) 815-7641. 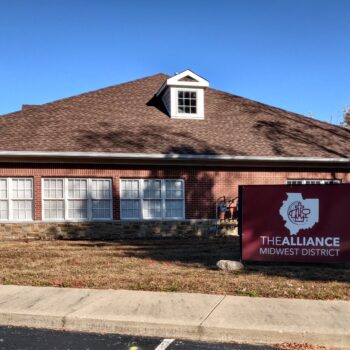 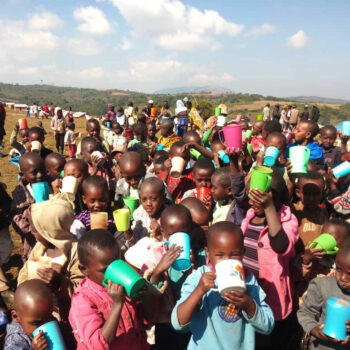